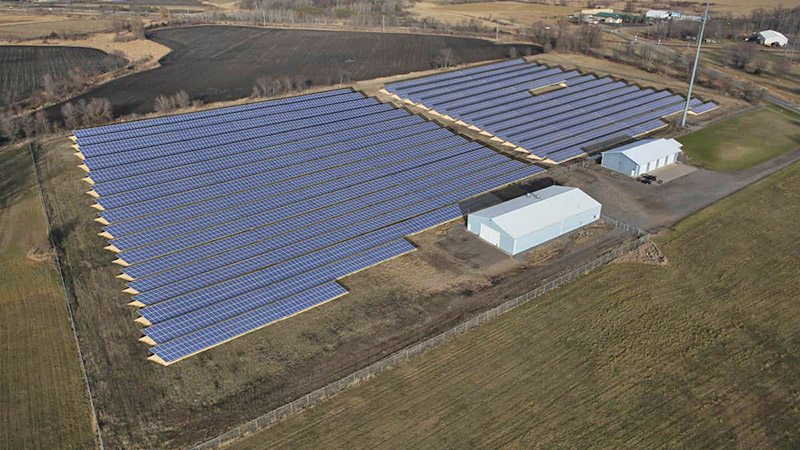 “This project responds to our members’ interest in more renewable energy offerings and allows us to diversify our power resource mix,” said Steve Nisbet, vice president of external relations and power solutions at WH.

Both Great River Energy and WH already have experience with constructing and generating solar energy.  Great River Energy completed a 250-kilowatt solar project at its headquarters in Maple Grove, as well as 19 smaller arrays across its membership in Minnesota.  WH has built two community solar projects with a third expected to come online later this year.  The Dickinson Solar Project will be the largest single solar resource to date for both cooperatives.

The Dickinson Solar Project will be located on 13 acres of land near Buffalo.  The land is already owned by Great River Energy.  The project will be composed of 8,360 solar panels created by Heliene, a Canadian manufacturer commonly used for utility-scale solar development.  The project’s principal contractor is Energy Concepts, headquartered in Hudson, Wis.  Construction is set to begin in late March, with full commercial operation expected in early July.

“This project provides another example of how Great River Energy’s power supply continues to evolve and include more renewable resources in response to member demand,” said Andy Bergrud, senior engineering project manager at Great River Energy.  “It has also been an opportunity for us to expand our knowledge and experience with utility-scale solar development in collaboration with one of our member cooperatives.”